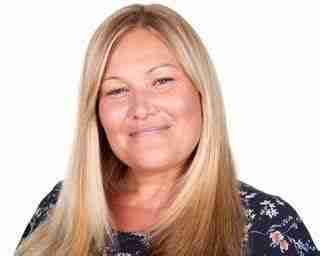 Kim Williams, from Kreston Reeves is our latest guest blogger. Kim discusses how your pension could be impacted by divorce and also covers how advice from both your financial advisor and specialist family lawyer can really help in achieving the best outcome.

We have recently experienced an influx of clients who want to discuss how their finances will be affected by a divorce.

The Office for National Statistics has confirmed that the percentage of marriages ending in divorce has generally increased for those marrying between the early 1970s and 1990s. For example, 22% of marriages in 1970 had ended by the 15th wedding anniversary, whereas 33% of marriages in 1995 had ended after the same period of time. For those marrying since 2000, there is some evidence of decreases in the proportion of marriages ending in divorce. The proportion of men and women who had never divorced has also declined over recent decades.

When it comes to splitting the assets, a number of options, assumptions and protections need to be considered. It is best practice for your financial adviser to work together with your family lawyer to ensure you achieve the best outcome for your financial needs.

Pensions have become complicated over the last 10 years or so, and many people find them confusing. Your pension is considered as part of the financial settlement in divorce and you may find yourself receiving a share of your ex-spouse’s pension fund.

The lifetime allowance is the maximum amount that can be saved into pension funds before a tax charge is made. An understanding of the lifetime allowance, and how the order of which benefits are shared affects an individual’s tax position, is vital. The aim is to achieve a fair settlement that leaves as much money as possible for the divorcing couple to share.

The lifetime allowance has reduced over the years from £1.8m to £1.055m, which has caused more people to obtain protection against tax. The percentage of those divorcing later in life, and closer to retirement, is rising. It is therefore important to seek advice from your lawyer and financial adviser before a settlement is defined by the Court. Doing it in the wrong order can make a significant difference to the tax bill, and financial position, payable by the two parties.

When couples are divorcing, it is best if they work with a specialist family lawyer to achieve a financial settlement that does least harm to their future finances. Either party paying avoidable tax just means there is less to share between them.

This annual allowance has also decreased over the years and rules introduced in April 2016 means that, in some cases, higher earners are unable to add more than £10,000 a year to their pension pot. These rules make sharing assets a complicated business for divorcing couples.

But by working together, financial advisers and specialist family lawyers we can achieve the best outcomes.

For anyone in the UK with a pension and getting divorced, there are three basic options:

Pension sharing has implications for both the member and the ex-spouse.

For the member, the value of any pension debit (the amount transferred away) from a pension that has not been crystallised (pension benefits drawn) will not count towards the member’s lifetime allowance. If the member has registered for some form of protection, it will have an impact on that but it differs depending on different types of protection.

For the ex-spouse, the amount they receive (a pension credit) is not treated as a contribution when checking against the annual allowance but it will count towards their lifetime allowance.

However, if the pension credit has been received from a pension in payment, the ex-spouse can request an additional lifetime allowance as the money received will have already been measured against the lifetime allowance when the member took their benefits. This is complicated, as is often the case with pensions.

It is not only the pension allowances and tax aspects that need to be considered. When accepting a pension share, you should be aware of how much income that may generate for you. By way of an example receiving a pension share with a value of £150,000 seems a considerable lump sum, but when this is converted into an income you could be faced with only £6,200* a year – before the deduction of income tax!

*Source Assureweb 06.08.2019. Figures based on an annuity purchase for a female aged 60, in good health, residing in Horsham, on a single life basis, no guaranteed period, with no increases in payment.

If you would like to discuss how your pension could be impacted by divorce with a financial planner, please contact Kim Williams on 01403 253282 or by email at [email protected].